The TUF GAMING Radeon™ RX 6900 XT is a tenacious beast with a tough metal exterior, super-efficient cooling, and components that offer enhanced endurance. An all-metal shroud houses three powerful axial-tech fans with dual ball fan bearings and extra blades. Under the exoskeleton, a thick heatsink keeps thermals under tight control and TUF components, selected for maximum durability and performance, keep the card ahead of the pack. You asked for a mean machine… this one is ready for action.

This generation, our Axial-tech fan design has matured with an increased blade count on all three fans: 13 on the center fan and 11 on the auxiliary fans. The barrier rings on the side fans have been slimmed down to allow for more lateral intake and to provide better airflow through the cooling array. The center fan’s extra blades and full-height ring provide boosted static pressure to blast air directly onto the GPU heat spreader. The fan design growth is specifically optimized for a massive new heatsink that features more fins and surface area than previous iterations.

To get heat up off the die and into the heatsink array, we’ve engaged MaxContact technology to polish the surface of the heat spreader and improve smoothness at the microscopic level. The extra flatness allows for better contact with the die for enhanced thermal transfer.

The heat spreader draws heat up into heatpipes that carry it through a fin stack that fills most of the card’s large, 2.9-slot footprint.

Robust military-grade capacitors were selected for the card’s power design. They and other components are soldered to the PCB using our Auto-Extreme automated manufacturing process. Precise joints and the elimination of human error ensures each graphics card meets our rigorous specifications. To ensure flawless performance when it counts, the cards are subjected to a grueling 144-hour validation trial.

A machined all-aluminum shroud creates a robust outer shell and a no-nonsense industrial design and grayscale colorway fits into any build with ease.

The underside of the card reveals further improvements. Most of the rear is swathed in a protective metal backplate that prominently features a wide vent. The vent allows hot air to escape towards chassis exhaust fans instead of being recycled back into the GPU cooler. A GPU bracket provides extra stability to the critical connection between die and heat spreader. Stainless steel is used for the I/O bracket to protect ports and provide a more secure mount. And a conveniently placed Dual Bios switch allows customization of the card’s default performance profile without software.

The front-side RGB element can be customized to display a range of aesthetic and functional effects, and also synced with other ASUS components to enable uniform lighting. To fulfill the power demands of the Radeon RX 6900 XT, two 8-pin power connectors are present, along with onboard LEDs that light up if PSU PCIe power connectors are not plugged in correctly. Structural pillars of a built-in reinforced metal frame are also visible here and add a literal layer of durability.

The ASUS GPU Tweak II utility takes graphics card tuning to the next level. It allows you to tweak critical parameters including GPU core clocks, memory frequency, and voltage settings, with the option to monitor everything in real-time through a customizable on-screen display. Advanced fan control is also included along with many more features to help you get the most out of your graphics card.

For games that support FidelityFX CAS, turning off Radeon™ Image Sharpening in Radeon™ Software to avoid over-sharpening is recommended. 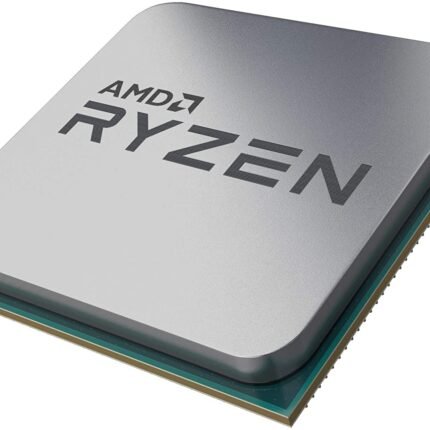