The new NVIDIA GeForce RTX 30 Series GPUs, the 2nd generation of RTX, features new RT Cores, Tensor Cores and streaming multiprocessors, bringing stunning visuals, amazingly fast frame rates, and AI acceleration to games and creative applications. Powered by the NVIDIA Ampere architecture, which delivers increases of up to 1.9X performance-per-watt over the previous generation, the RTX 30 Series effortlessly powers graphics experiences at all resolutions, even up to 8K at the top end. The GeForce RTX 3090, 3080 and 3070 represents the greatest GPU generational leap in the history of NVIDIA.

The GeForce RTX 3090 RTX 3080 and RTX 3070 iCHILL X4 and X3 was specifically designed to be an ultimate cooling solution and with factory overclock so that all you have to do is plug and play your favourite games straight from the box.Our engineers wanted to try something different for the new NVIDIA RTX 30 Series by being less conservative with design. What they came up with was a triple 9cm fan design that was asymmetrical, radical and daring while using Scythe blades to maximise airflow and optimised to operate in low fan speed condition. The X4 boasts a very unique 4.5cm side rotor fan to cool the MOSFET area adding additional cooling power to the X4. With the iCHILL X4 the cooler comes with 8 copper heat pipes whilst the X3 comes with 7 copper heat pipes giving an average 33% increase from the previous cooler. Both the iCHILL X4 and X3 also comes with RGB that is compatible with most motherboard LED lighting software control. The iCHILL X3 includes a tail fin module that can be added to the card for an increased RGB experience. It comes with two tail fins, one with logo and one blank for customization. 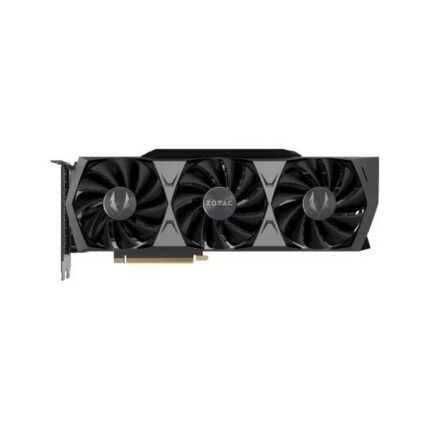