THE EVOLUTION OF ESPORTS

ROG Swift 360 Hz PG259QNR is the perfect gaming monitor for esports and fast-paced action games. This FHD (1920 x 1080) display features a Fast IPS panel with up to a 360 Hz refresh rate, 1 ms gray-to-gray (GTG) response time, and NVIDIA Reflex Latency Analyzer, a revolutionary integrated system latency measurement tool. PG259QNR also includes the ROG Desk Mount Kit, allowing it to be clamped to the edge of almost any flat work surface to make more room for a keyboard and mouse.

Shoot with a 1000 FPS camera, Playback shown in slow motion

In the Blink of an Eye

PC performance for competitive gaming is about responsiveness-how quickly your display updates after mouse click. NVIDIA Reflex Latency Analyzer, built into PG259QNR, captures end-to-end system latency and delivers a precise measure of your PC’s performance. Step confidently into battle knowing your PC is performing at peak level with GeForce RTX GPUs and PG259QNR and Charkram Core.

ASUS Fast IPS panel technology allows liquid crystal elements in the display to turn on and off up to four times faster than conventional IPS panels, providing a 1 ms gray-to-gray (GTG) response time and little-to-no smearing or motion blur.

FOCUS ON WHAT MATTERS

A convenient mounting bracket is included to help free up desk space. The bracket can clamp to the edge of almost any flat work surface, and the mounting arm of PG259QNR slips right into it.

HDR technology delivers visuals with a wider color range and higher contrast than traditional monitors, resulting in visuals that are more realistic. ROG Swift 360 Hz PG259QNR features HDR10 to provide color and brightness that exceeds that of ordinary displays. 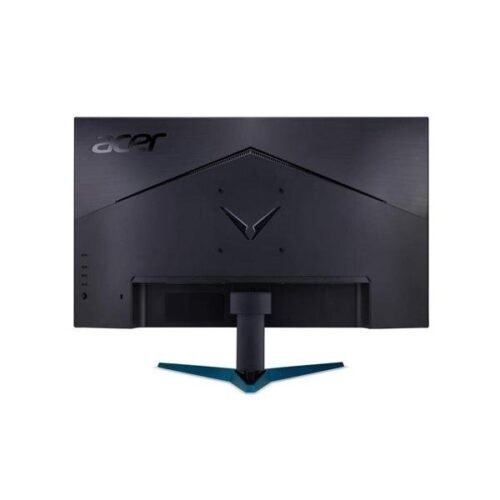 Still confused what to buy? Contact our excellent customer support team and know what's right for you

Safety of our customers is our priority. We properly sanitize and pack all packages that leave our warehouse